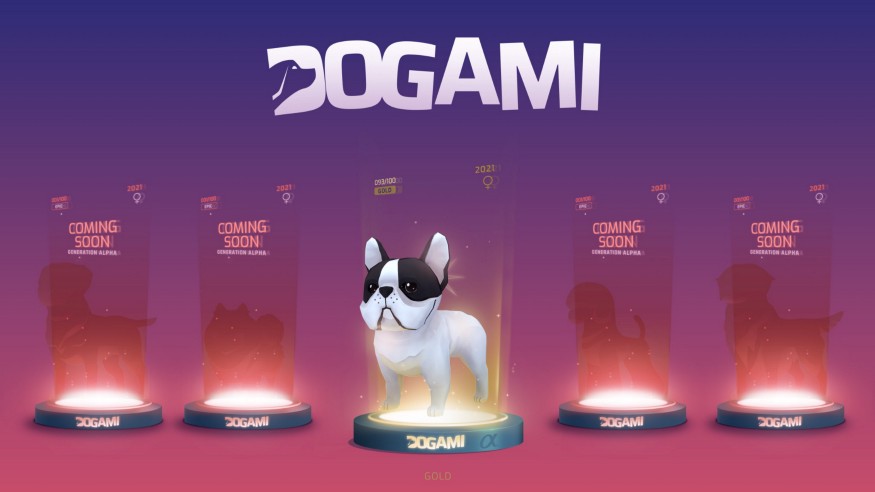 DOGAMÍ is about to create a Petaverse filled with adorable NFT Dogs (DOGAMÍ).  Backed by Ubisoft, who contributed $6 million in funding, this is one project to keep your eye on.

DOGAMÍ NFT’s come in four rarities which are bronze, silver, gold, and diamond.  When you adopt your DOGAMÍ you’ll be able to interact with them in a virtual world.  The game will be available on iPhone and Android. The initial release will include 500 Gen Alpha NFT’s with 8 to 10 breeds selling in the first drop.  Each DOGAMÍ and Breed has individual traits.

Players will be able to engage in four main activities.  Those are Adopt, Play, Earn and Socialise.  The main aim of the game is to develop the best (rarest) dog.  Play to earn will be included in-game although the details of the mechanism are yet to be released.

The advisory team is a standout for this project.  It includes the Co-Founder of the Sandbox and President of the Blockchain Gaming Alliance Sébastien Borget.  There’s a permanent artist from MoMa New York, Neville Brody.  Animoca Brands have both invested in the project and sit on the advisor board.

Ubisoft is no stranger to investing in blockchain gaming and has introduced NFTs to existing gaming platforms like Tom Clancy’s Ghost Recon.

$DOGA – Local Currency of the Petaverse

The project team is introducing a companion token to the Petaverse, $DOGA.  While scarce on full details, the intent of $DOGA is to allow players to purchase consumables, build a wardrobe, purchase tickets to events, and breed DOGAMÍ.

At the time of writing the DOGAMÍ Team was currently hiring on both Linkedin and within their Discord.

The platform is still under development and yet to be released. To find out more visit their website or join their discord.

DOGAMÍ is a platform that includes an NFT series, a Petaverse (Metaverse), and companion token $DOGA.  The project team is based out of Paris. Ubisoft, Animoca Brands, and The Sandbox are a few of the big names backing this project.

Implemented on the Tezos network it allows players to Adopt their own virtual Dog (DOGAMÍ) which they interact with via a yet-to-be-built play to earn mobile game.