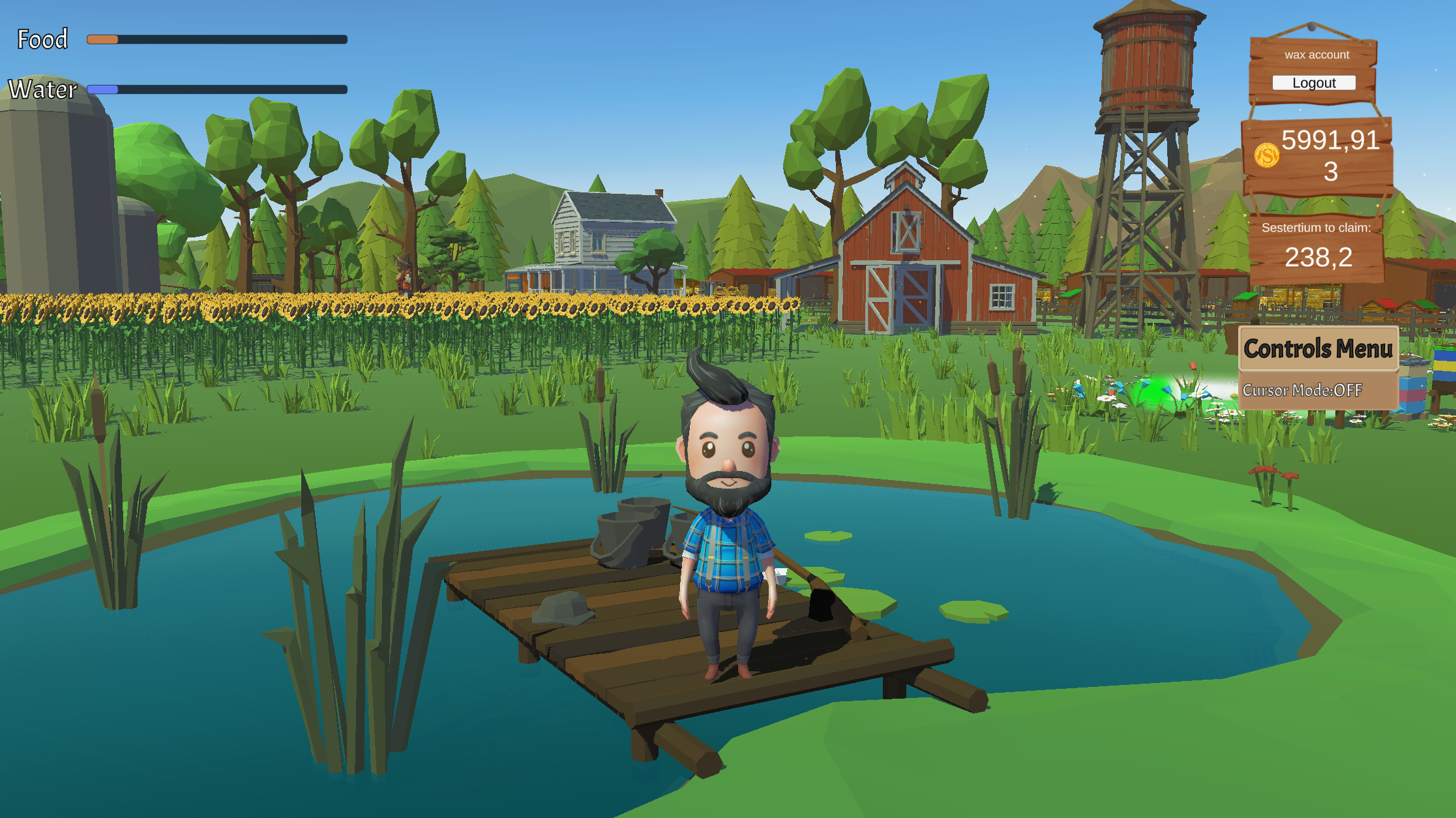 Farming Tales, the combination 3D farming game and real-life farm, brings us the next phase of their new economy by introducing staking and the Cubitus token (CBIT). Players can only earn CBIT by staking their SEST via the in-game wallet. The game automatically airdrops CBITS daily to all in-game wallets based on their share of the staked pool.

Players earn CBITS by staking SEST via the in-game wallet. Staking is free. CBITS are airdropped to each player’s wallet based on the percentage of the staked pool they hold. The interface shows your amount staked, percentage of the pool, and expected daily CBIT reward. Staking systems are always a solid addition to a token-based economy. It provides incentives for players to hold the token, reduces liquidity, and shows that the userbase has enough faith to lock up their game tokens for a set amount of time. In the case of Farming Tales, there is no specified lockup period. Players can unstake whenever they want, with the complete SEST credited back over 7 days, 1/7 of the total unstaked per day.

The game requires CBIT tokens for stocking up on water and food supplies. And without those, players won’t be able to feed their animals or tend to their crops! Each player begins the game with a full bar of food and water, so you at least have something to start with. But every harvest uses up a bit, and once the bar gets too low, you’ll have to refill it at the Water Silo, which costs 5 CBITS each.

Players earn SEST by harvesting their crops and animals. In later versions, players will harvest specific resources such as eggs and wheat. There will also be a town called New Waxchester with a full economy, secondary products (eg, Flour from Wheat), and where players produce and consume most of the resources. But for now, that layer is simplified down to just the token earnings.

Both SEST and CBIT exist as their own tokens on the WAX blockchain. So they players can export them from the game and trade them on the Alcor exchange.

What is Farming Tales?

Farming Tales is a 3D farming game built on the WAX blockchain. Players own stables, gardens, coops, docks, and more. From these they harvest resources for sell and trade in the town of New Waxchester.

The game is not free to play. You need to own game NFTs before you can start harvesting. All animals require stabling in an appropriate building. Players must harvest regularly to make the most of their game items. Some items allow harvesting as often as once per hour, while others take many hours to replenish. Finding a good balance for your playstyle and time is important.

However, harvesting is not completely free. Each harvest costs food and/or water, which is replenished with CBITs. CBITS can be purchased on external exchanges or earned in-game by staking SEST tokens. Players have multiple avenues for earning which will increase once additional layers and complexity come to the Farming Tales economic system. Coming soon are boosters, acquired via special cross-collaboration promotions with other projects. Players place Boosters into their building to speed up or increase production.

On top of the Farming Tales game, there is Farming Tales, the real-life farm. Anyone can claim a portion of certain harvests from the farm by owning special NFTs! This includes honey from hives, saffron from land plots, and future plans for hemp as well! Once the farm harvest is completed, NFT owners have two options. They can either request the goods be sent to them, or they can delegate it for sale and receive a portion of the proceeds!

Even if you don’t own a production source, it’s still possible to acquire special NFTs such as Forager Bees, ‘burn’ them in someone’s hive and receive honey in return!

This is a very cool idea that showcases the power of NFTs, blockchain, and the potential for distributed/crowdfunded projects to thrive without loans and the traditional banking system! I’m looking forward to seeing more projects try to leverage NFTs in bold, new ways!