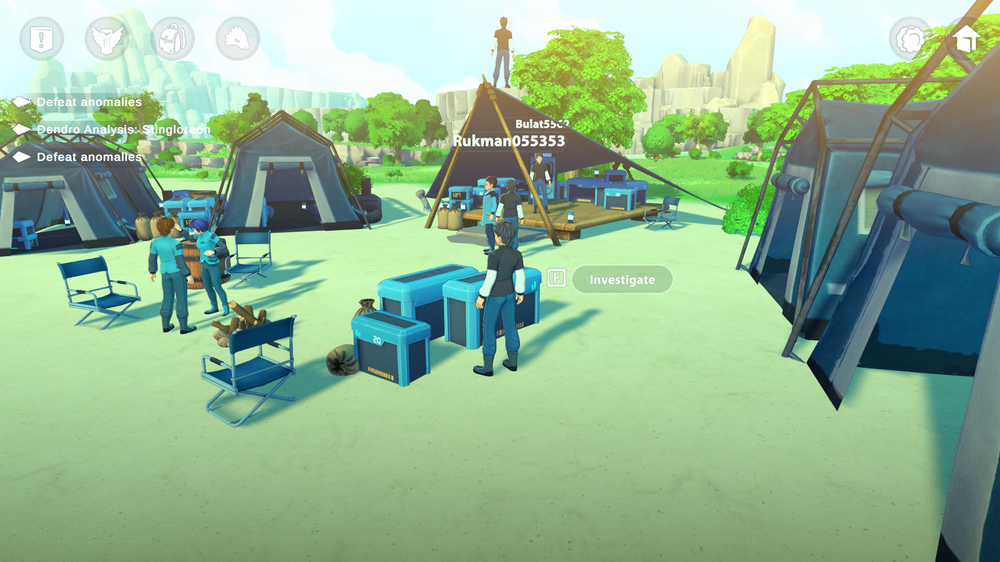 Available on both Windows and MacOS, the Chainmonsters Closed Beta launched in mid-December. Players with beta access can enter the world and began capturing, training, and leveling up their Chainmons. And best of all, any progress you make in beta is permanent!

The Pokemon genre has always seemed a great fit for the blockchain space. And while there are plenty of creature training/combat style games in development, Chainmonsters becomes one of the first to go live with their Closed Beta. Though still in beta status, all progress from this point forward is permanent! Players keep their mons and anything else they find. Anyone playing now is already gathering resources, adding new Mons to their stables, and leveling them up!

The beta is somewhat limited. Only 10 Chainmons are available. Minting, where players can push their NFTs to the blockchain to sell or trade, is also not yet live. That feature should go live once Open Beta starts, which is planned for Q1 or Q2 of 2022. Also, expect to run into some bugs and glitches. Getting stuck in the terrain seems to be a relatively common issue. Stuck players can DM a moderator on their Discord for help.

The game is free to play, but features a ‘Season Pass’. Season passes allow players to earn special rewards that are not available to those without them. These can be resources, coins, even special accessories and customizations! And, once the season ends, those items can no longer be obtained through the game, guaranteeing a limited, and perhaps valuable, print for each. Players purchase Season Passes with in-game Diamonds. Diamonds are purchased on their website and cannot be transferred.

Chainmonsters is a massively multiplayer online role-playing game inspired by classic games like The Legend of Zelda and Pokémon. It uses the Flow blockchain and currently runs on Windows and MacOS. Players compete against each other. Every player is an agent working for a corporation. There’s a mysterious disease that makes all creatures more aggressive, and there’s a weird crystal in the world. Guess who needs to find out? But can players trust the corporation? Who knows.

Chainmonsters began as a top-down 2D MMORPG, but has since grown into a full-fledged, 3D online role playing game that can potentially compete with Pokémon. Each Chainmon has base stats, and players upgrade them using gemstones, flowers, materials and Chip Dollars. Players complete daily quests to earn points towards a Season Pass.

Players will need to acquire all kinds of little monsters. Some of them are only be found in certain regions, others only for a limited time. These monsters come from different elements, nine in total. These are generally home to a certain island or region: pyro, hydro, nature, electro, air, cryo, geo, and crystal.

Each of those mons has several basic attributes: health points (HP), attack, defense, elemental attack, elemental defense, speed, and stamina points (SP). In addition, each mon has individual values for each stats, which means that mons can have different stats even though they look the same.