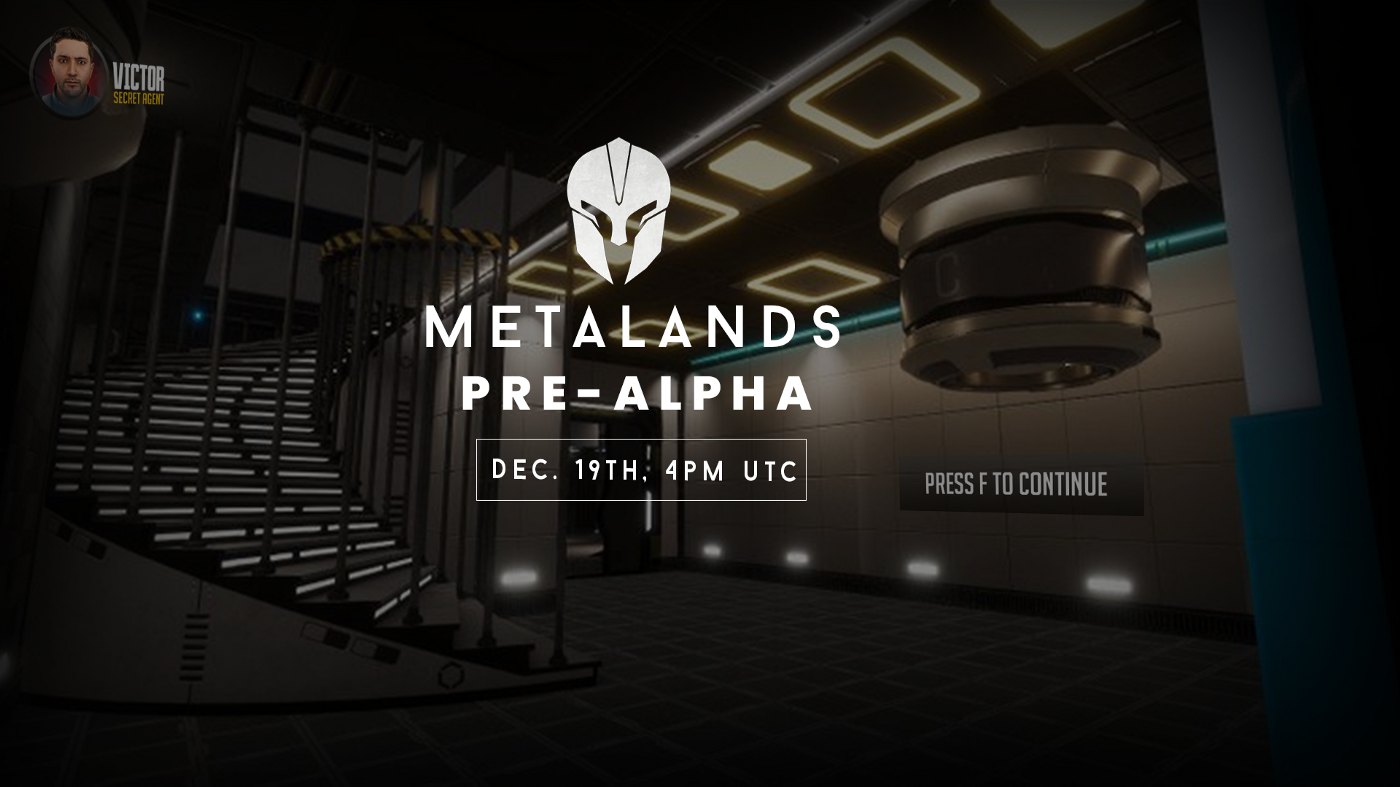 Metalands, an upcoming first person shooter metaverse, announced an open pre-alpha for everyone. While not a complete game release, the Metalands pre-alpha does allow players to familiarize themselves with the feel of the game. Players can also try their hand at shooting on the target range.

The first person shooter genre has gained quite a bit of traction lately in the blockchain gaming space. Joining HodlGod, Thetan Arena, and VOID is a new entrant called Metalands. On December 19th, Metalands opened up a free to play, pre-alpha release for players to check out.

In the pre-alpha, players wander around their bunker and test their aim on the shooting range. Players can just mess around with shooting targets, or enter a timed mode and try to get their score on the leaderboard. The top 10 players on the leaderboard receive prizes from a pool of 200,000 $META, 20,000 $xMETA, and 200 NFTs. However, only players who hold MetaNFTs can earn during the pre-alpha.

The alpha version, coming in a few weeks, will feature a full multiplayer system with bunker customization, different maps and game modes, NFT integration, and phase one of the Play-To-Earn mechanism.

Metalands is an upcoming, first person shooter running on the Binance Smart Chain. It utilizes the Citizen Finance token (CIFI). Though it resembles the well-known Counterstrike, and the team has admitted to inspiration from that classic FPS game, Metalands promises much more. With a story based system, the ability to run missions with friends, and a crafting system, Metalands brings in many co-op features of other games such as Borderlands.

Players play to earn by completing missions, winning games, and unlocking achievements. Prizes come in the form of rewards such as weapon skins, furniture, and special bunkers! All of these items can be withdrawn to the blockchain and traded on marketplaces.

Each player also has access to their own Bunker, where they can craft items from resources gathered on missions. Bunkers function as a cross between housing and traditional game menus. Players start in their 3D, customizeable bunker. From here they can enter missions, check on their assets, chat with friends, and more! Adding customizeable housing immediately opens up new markets for the creation and purchase of decorative items.

And what good is a customized house if you can’t show it off? In Metalands, players can invite other players to visit their bunkers. Also, guilds can create ‘Protocol Bunkers’, where their guildmates can gather and mingle.

Metalands plans for three game modes at launch, Team Death Match, Free for All, and Capture the Flag. Metalands will also support user created content with a verified artist system. Items will pass through an internal verification system managed by the Metalands team to ensure it’s fit for the game (ie, no hate speech, adult content, etc).