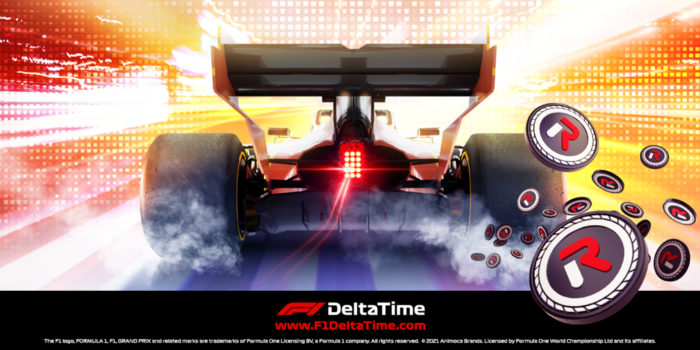 Starting on December 9th, owners of F1 Delta Time Car NFTs can stake their cars to passively gain REVV (the official Revv Motorsport token) from a pool of 1.5M tokens. Also, players now earn the Shards token, one of two utility tokens the team recently revealed, simply by participating in the races! Two new ways to earn with Delta Time!

Staking in F1 Delta Time involves sending your car to a smart contract, where it will remain locked for at least 24 hours. Since both staking and unstaking are blockchain transactions, expect to pay a gas fee for each. Rewards are calculated for every 24 hour period that a car remains staked and are calculated based on the rarity of the staked car. The staking period runs for 28 days. Both the 2019 and 2020 versions of the cars can participate.

Recently, the Delta Time team revealed two new tokens for their ecosystem, Catalyst and Shards (SHRD). Players use these tokens to upgrade their cars. Players now earn SHRD tokens just for racing! No need to win or even place! Each mile on a Grand Prix race is worth 0.15 tokens, while Time Trial runs receive 0.05 SHRD per mile. Earnings are capped at 5 sessions per player per day.

Airdrops of SHRD tokens begin in mid-December. SHRD tokens exist on the Polygon network, rather than the Ethereum network. Additionally, anyone who deposited REVV tokens during the 2020 key sale will receive an airdrop of Shard tokens equal the the amount of REVV that they deposited.

What is F1 Delta Time?

Animoca has the official Formula 1 license to make F1 Delta Time. In this blockchain game players can collect virtual cars, drivers and car parts. Each of these parts is an unique non-fungible token and can be collected, traded, used or sold individually. Some of the very rare vehicles have sold for 16 thousand dollars through an auction. Animoca Brands already made thousands of dollars through a variety of auctions.

Competitive racing will be a core element of F1 Delta Time. Each car has characteristics unique to the vehicle. Acceleration, grip, top speed, and luck are the elements that will influence the car’s performance. Currently the races are shown top-down and feature limited gameplay options.

The Racing Game presents the players with tracks from the official Formula 1 season playable from your browser. Players go head-to-head in qualifying sessions, before going into the final race. Similar to the Time Trial, car and driver compositions are key. The right track requires the right composition, as well as the most suitable tires for the current weather.

During qualifying, the player is in direct control of their car and driver. The player needs to control the speed of their car, decelerating as the car enters a corner, and then accelerating back out. Timing and control result in better maintained speed, and therefore better times.