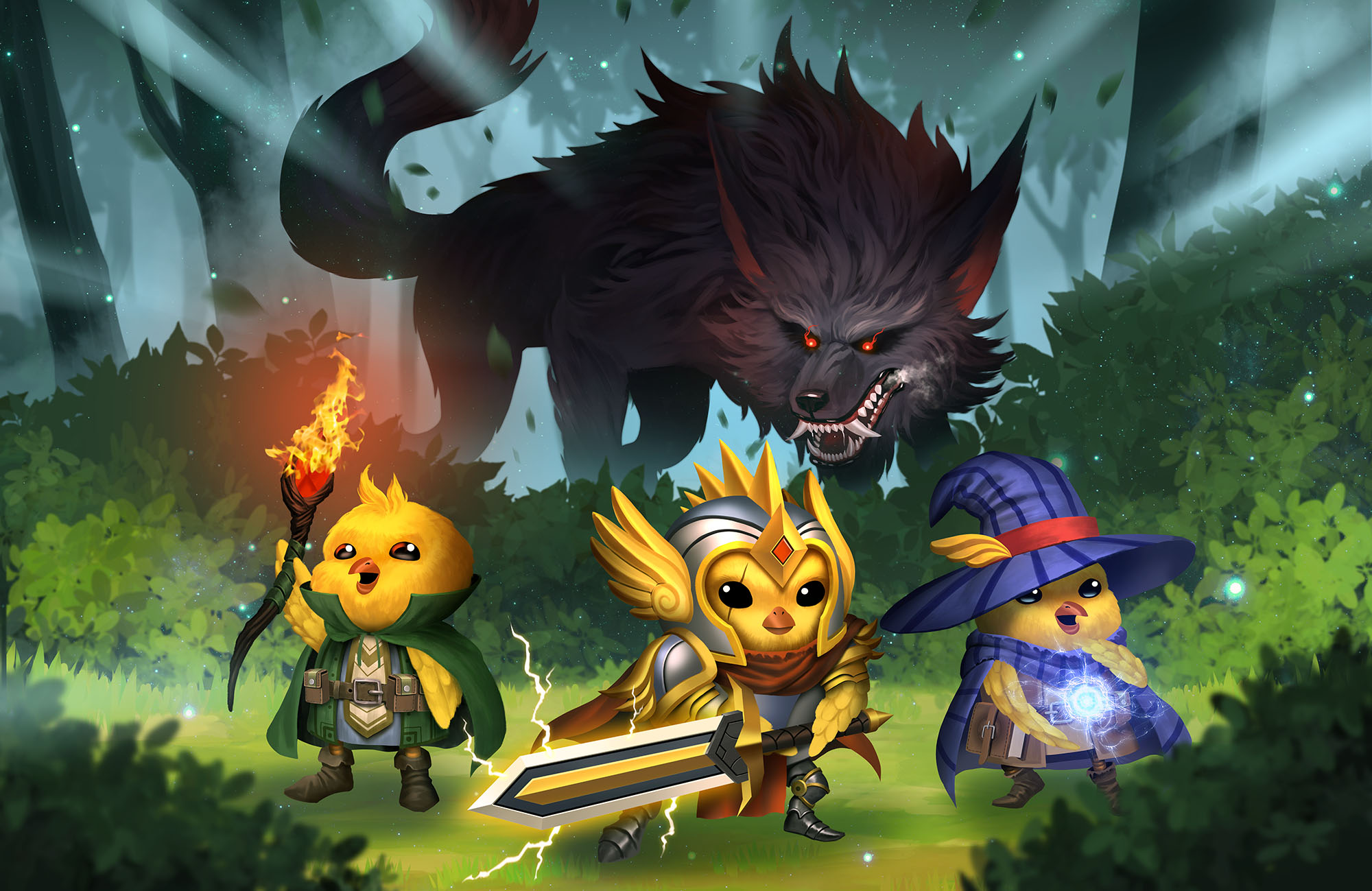 Solchicks, everyone’s talking about this game, so in this article, we take a first look.  Solchicks aims to be the leading fantasy NFT PvP and play-to-earn gaming ecosystem on the Solana blockchain.  At this stage, that seems certain for success.

A combination of adorable characters, cinematic quality gameplay, and an incredible project team. This game one of the most anticipated releases in the blockchain gaming community.

The game is based around SolChicks, a proud race of battle chicken. Their cute appearances belie the Spartan-like way that Solchicks organize their society. The mightiest Solchick warriors are revered and respected.  The SolFox, an intergalactic threat, attacked the Solchick home planet Chicco in 2021. Despite best efforts, the SolChicks were unable to defeat this threat.  SolChicks lost many members during the mighty battle. The survivors fled to the stars in search of answers and a new home.

The project’s first and second NFT mint sales were a resounding success and completely sold out.  With adorable lead characters like these that was always going to be the case.  Solchicks NFTs are breedable and if a player owns two, they can breed to produce a Solegg.  Players should know that there is a limit on the number of times a Solchick can breed.

When Solchicks launched their CHICKS token, it got the whole internet talking. Partially because of the hype and demand for this project. Equally, because that hype was so intense that during the IGO it pushed the Solana network to its limits. Given the network can process nearly 65,000 transactions a second this demonstrates the massive interest in this project. Blockchain analysts noted that on the 13th of December at 14:00 UTC, the number of users trying to access the Solana network to participate caused a slowdown in the network activity. The network has now stabilized, so you can purchase Chicks on Raydium or MEXC Global.

As adorable as these main characters are, and as interesting as their story, the impressive part about this project is the gameplay.  As you’ll see in the image below, Solchicks has some impressive gameplay.  Playing the demo is genuinely enjoyable and combined with the depth of the storyline is sure to provide hours of entertainment on release.  This game has all the ingredients of a play to earn that player wants to play.

Players will face both PvP and PvE in-game.  The PvE scenarios are specially designed to introduce game elements, further development of character, and continue the story of the Solchicks journey.

The project team behind Solchicks is solid.  With a dedicated team of over sixty members and a proven track record this project is going places.  The project team has an extensive partnership list.  This includes approximately forty launch pads, which are one of the reasons the project is so successful.  There are also some big-name blockchain leaders in the partnership list like Brave Browser and Chainlink.  The project even has rapper, actor, and filmmaker Ice Cube on board!

Solchicks is an ambitious new project aiming to be the leading fantasy NFT PvP and Play to Earn gaming ecosystem on the Solana blockchain.

The ecosystem is built around adorable Solchick collectable NFTs.  A Solchick is a warrior chicken who’s original home planet, Chicco, fell to their enemy the Solfox. Solchicks NFTs are the centre of the gaming experience and main characters in the game.

With a large social following already Solchicks boasts a community of over 500k across Twitter, Discord, and Telegram.

The game’s prequel demo is currently playable. Set on Chicco, it takes place before the fall of the homeworld. It is a great way for players to check out gameplay.