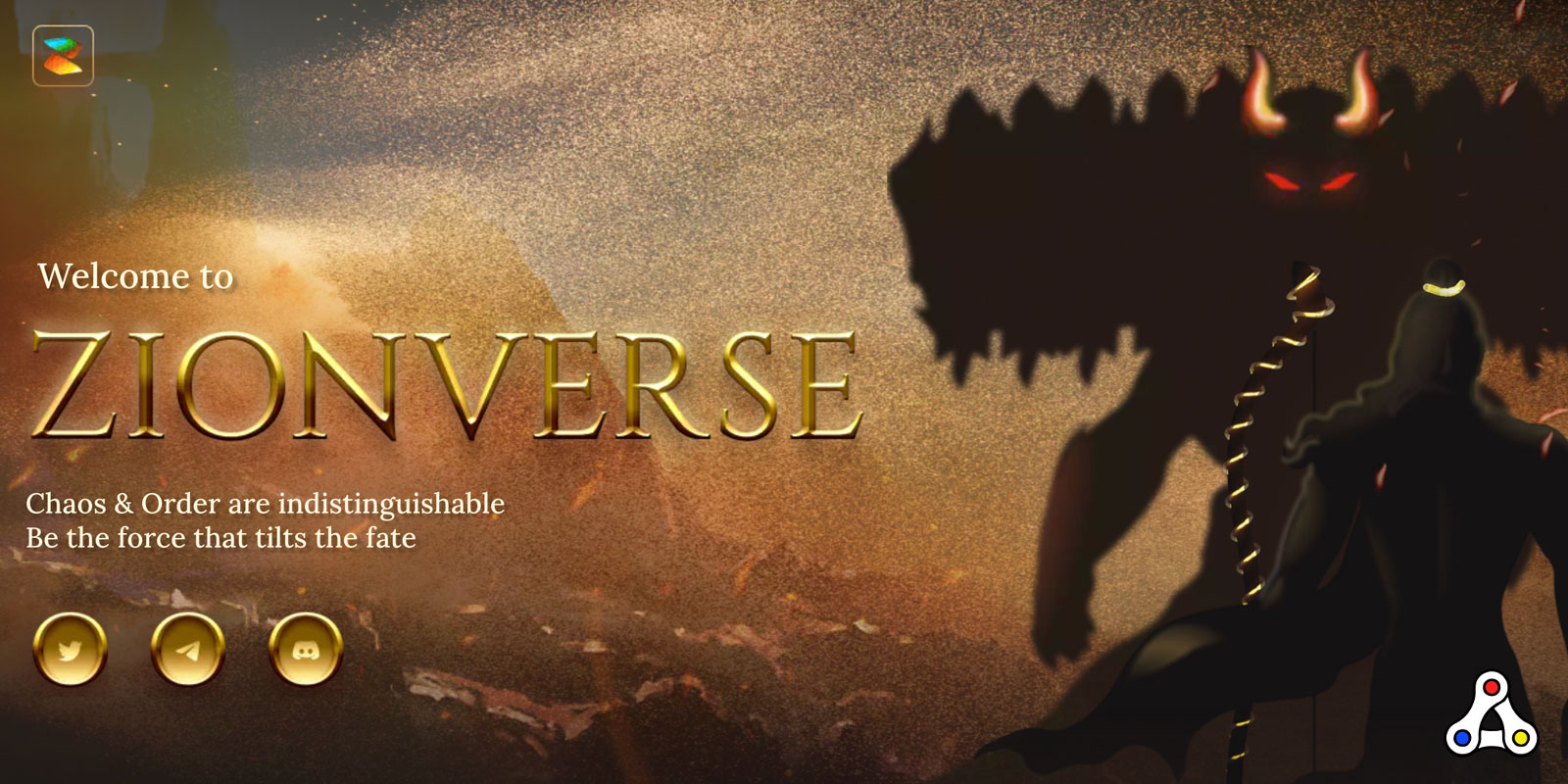 ZionVerse is an ambitious new project with the goal of bringing Indian culture and history to life on a sprawling UGC platform. The platform will enable game developers, designers, artists, and users to create and experience games together. Totality Corp is the company producing the project and has a successful track record with mobile games and apps.

The ultimate goal of ZionVerse is to build a platform for users to live their digital lives, including socializing and playing games. Presumably, the team will design games to launch the platform, but ZionVerse is primarily about giving people the tools to easily develop their own games.

Trimurti NFTs are at the core of the user experience and will be required to access ZionVerse. These NFTs will become playable 3D voxel characters that represent the player throughout ZionVerse. Additionally, Trimurti NFTs will create opportunities for future rewards via staking and the upcoming Founder DAO.

ZionVerse is rooted in Indian culture and history. The word “Trimurti” comes from Indian mythology, according to the project’s website, and represents the triad of the three gods: Vishnu, Shiva, and Brahma. The gods represent different energies, primarily order and chaos. ZionVerse is a battlefield between these energies, creating endless opportunities for player-created games to fit in with the overall lore.

What to Expect from ZionVerse

Playable NFTs are a central part of ZionVerse’s vision. Users will become their NFTs in-game as they socialize, explore, and game together. The ZionVerse litepaper also discusses how DeFi will help provide long-term value to the NFTs, although the specifics aren’t disclosed yet.

As touched on earlier, ZionVerse is primarily a platform that gives players the tools they need to create games, art, and experiences. ZionVerse has a custom Voxel-based game stack inspired by Roblox and Minecraft. Players can create games using premade templates or diving even deeper into the tools and create a unique experience.

ZionVerse goes beyond the Roblox model by creating a mechanism for game developers to give players ownership and governance over the game. This means that ZionVerse will potentially make it easier for other people to bring their play-to-earn games to life.

The litepaper has a useful flow chart to illustrate how players will use ZionVerse to create potentially unlimited games and experiences:

Of course, play-to-earn mechanics will run the economy of the upcoming metaverse. Specifics are unknown right now, but you can bet many of the play-to-earn models seen in other projects will be utilized for ZionVerse.

Where Are We in the Roadmap?

Scroll to the bottom of the ZionVerse website and you’ll discover that we are at the very beginning of the ZionVerse roadmap. The website has already launched and the next update is the release of the genesis Trimurti NFTs. The first NFT is set to be launched on December 7th. The rest of the roadmap sets the expectations for the project:

Planets represent a collection of games or experiences, with the planet DAO determining the future of those games. Planet DAO owners also have a stake in Brahma DAO, which will determine the future of ZionVerse.

It will take until Q3 2022 until most of what we’ve talked about in this post will come to life. NFTs will come to life as playable characters and games will be created by countless users. Until then, it’s following updates and hoping the team maintains their roadmap.

Can the Totality Corp Team Deliver?

Totality Corp is the company behind ZionVerse and they have a track record of developing and scaling mobile apps. They’ve produced two notable apps, MGPL and Yovo, each reaching millions of users.

Mobile Gaming Premier League, an esports gaming platform that paid gamers, became too entrenched in legal issues facing the esports world overall and had to shut down. It reached 2.2 million users receiving regular rewards before deciding to close.

Yovo was an app based on interactive video and reached 1.3 million monthly users. However, the company decided to change direction as non-interactive formats were dominating the Indian market.

ZionVerse represents a shift in the company’s vision towards embracing web3 and blockchain technologies. The company has over 40 employees each working towards making their metaverse a reality.

Will they be able to deliver? We can’t base anything off of the project itself since it just launched. However, the company has already created profitable apps and has an established team of specialists.

ZionVerse is an in-development metaverse project built on Ethereum. ZionVerse isn’t a specific game, but a platform that gives players the tools to create their own games. Once the platform is launched, players will be able to build games and design experiences in a 3D voxel world inspired by Minecraft and Roblox.

Trimurti NFTs are required to access ZionVerse and will become the player’s character within the game. These NFTs will represent characters from Indian culture and history. As expected, the NFTs will have unique attributes and appearances.

The project is being developed by Totality Corp, a software development company that has launched two successful apps. ZionVerse is in early development and the current roadmap states that gameplay won’t be available until Q3 2022. Watch the project’s official Twitter account for updates.