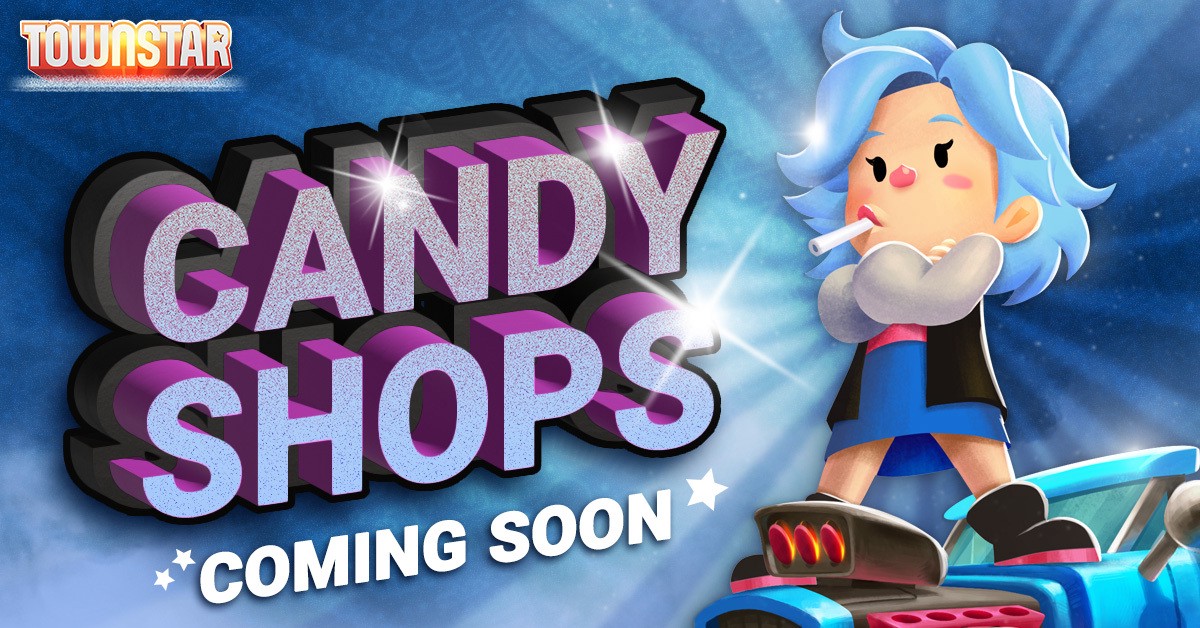 Town Star, the flagship app for Gala Games, announced the addition of a new building, the Candy Shop. Just in time for the holidays, players can begin their new careers as candy makers. A worker name Lolli handles the duties in the Candy Shop. You can read a little more about here in the story, Lolli’s Calling.

The addition of the Candy Shop spawns a whole new crafting tree, beginning with Peppermint fields. Apparently Peppermint is quite delicate, so only Farmers may bring the required wood to the fields, as the Lumberjacks may damage them with their bulky boots! Each field needs 3 units of water and 1 unit of wood to make a unit of Peppermint.

The rest of the crafting details are left up to the players to discover, though the team did drop a few hints. Candy Canes are only the first candy craft. More will arrive later. Each unit of candy requires 10 Sugar, 6 Energy, and 2 Peppermint. Making a Candy Cane takes four minutes, and they will be kept in the Storehouse. Selling a load of Candy Canes brings in a nice sum of $340,000. That’s a lot of Candy Canes!

But perhaps the most interesting hint dropped was one that said “Later On, Lolli may decide to bring a friend.” Will this be a different worker? Another shop? Will it be Santa?!? Hopefully we will find out soon!

So everyone might want to get those sugarcane crops up and running in order to start manufacturing confectionery delights!

What is Town Star?

Town Star is a competitive farming game from one of the co-founders of Zynga, the company behind Farmville. They built the game on Gala’s own network, which utilizes the Ethereum blockchain. Players need to grow crops, gather resources and create materials to build even more buildings. As a result a small farm can grow into a town full of activity. Anybody can play Town Star in their desktop browser on the Gala Games website. Just make sure your ad blocker has been turned off.

What’s interesting about Town Star, is that the game is very competitive. Each round normally takes one week, and that means that players have one week to optimize their farm and earn the most points. Only the top players get rewarded. These rewards are normally GALA tokens, even though they’ve had some alternative prizes as well. These GALA tokens have real value, and can be used to buy NFTs. NFT buildings can help players to store more resources or otherwise improve their production flow.

After allowing players to purchase items with TOWN earned in-game, opening up special game server nodes that players can own and run, and creating cross-game functionality with their Mirandus Vox, Town Star continues to expand and build upon its already established product.