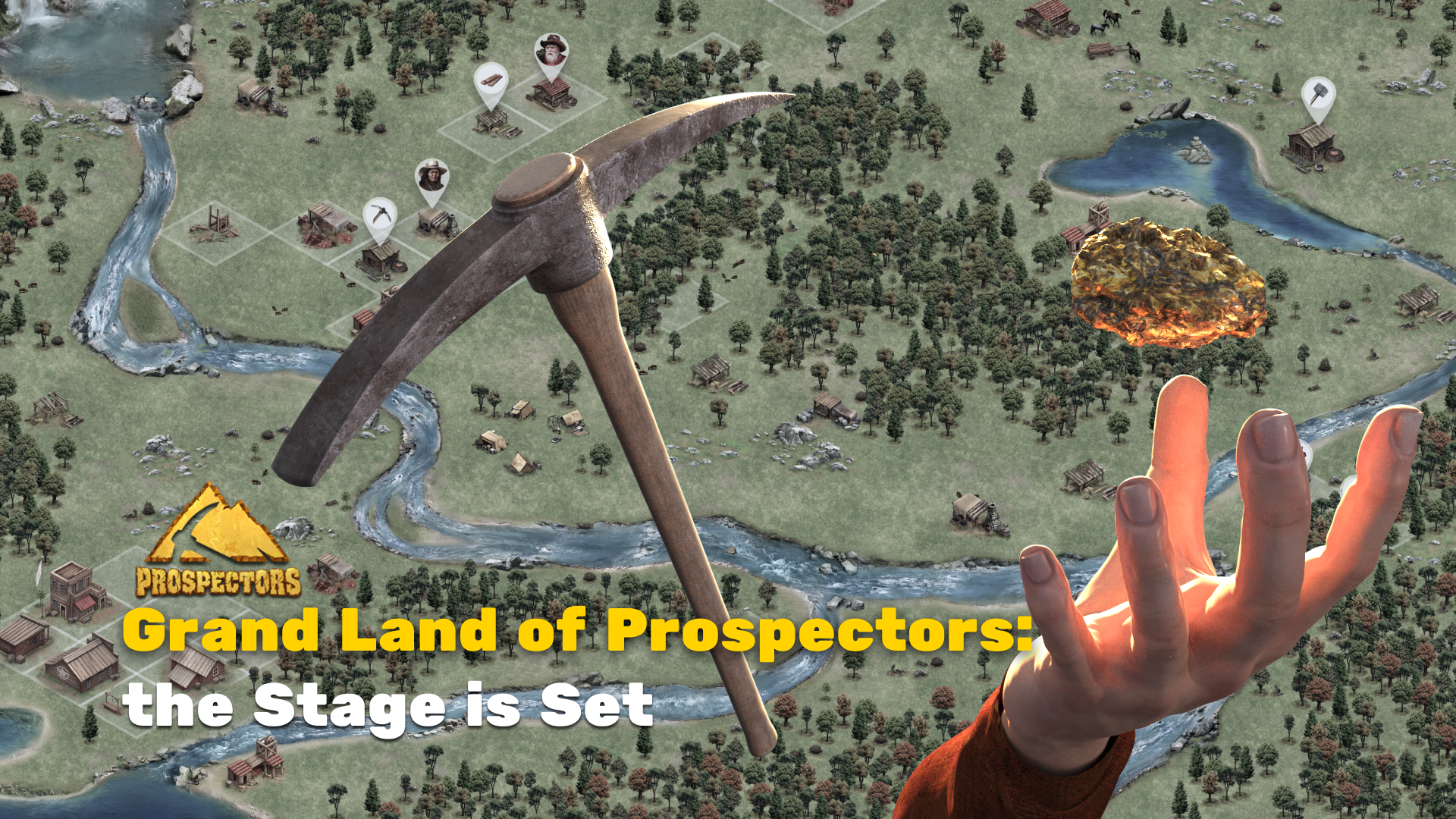 Prospectors has officially launched the Grand Land, which is a new playable zone where every land parcel is an NFT. Previous zones did not make use of NFTs and land was rented by players on an ongoing basis. The launch of the Grand Land has changed the way that land plots work, along with adding other NFTs to the game.

The economic strategy game Prospectors recently launched a new map known as the Grand Land that creates new game mechanics based on NFT ownership. Previous zones did not use NFTs at all, with selling game tokens being the only play-to-earn mechanism in the game. The inclusion of NFTs brings an entirely new way to view the game.

Land NFTs were already sold in an event that preceded the Grand Land launch. In a recent Medium post from the team, the team prepared landowners for how to use their new NFTs in the game. If you’re a landowner who is looking to add your Land NFT into the game, that’s the post you need to read.

The inclusion of Land NFTs changes the fundamental way property is owned and used throughout the game. Since every plot is now owned by someone, those without Land NFTs will have to rent a plot from the owner to start a business. This isn’t all that new, but the difference is that renting a property will undoubtedly become more expensive. This difference means players will have to work much harder to create a business or buy hordes of games tokens

It’s worth noting that Land NFTs must be withdrawn from within the game before they can be transferred to another player and there must be no open orders.

Prospectors is a WAX and EOS-based economic strategy game that takes place in the Wild West. Players start with three workers with no equipment and must make smart business decisions to grow their wealth. Players can start out by doing transportation jobs and then buy equipment to take on better-paying jobs. The primary play-to-earn mechanism is acquiring gold in-game and then using the in-game exchange to convert it to PGL, the game’s token.

Old zones did not contain any NFTs, but the Grand Land update has added NFTs that represent land, animals, and vehicles. It’s likely that other NFTs will be introduced in future updates, although nothing has formally been announced. Only the Grand Land zone will have NFT-based gameplay, with the other two zones being based strictly on earning gold.