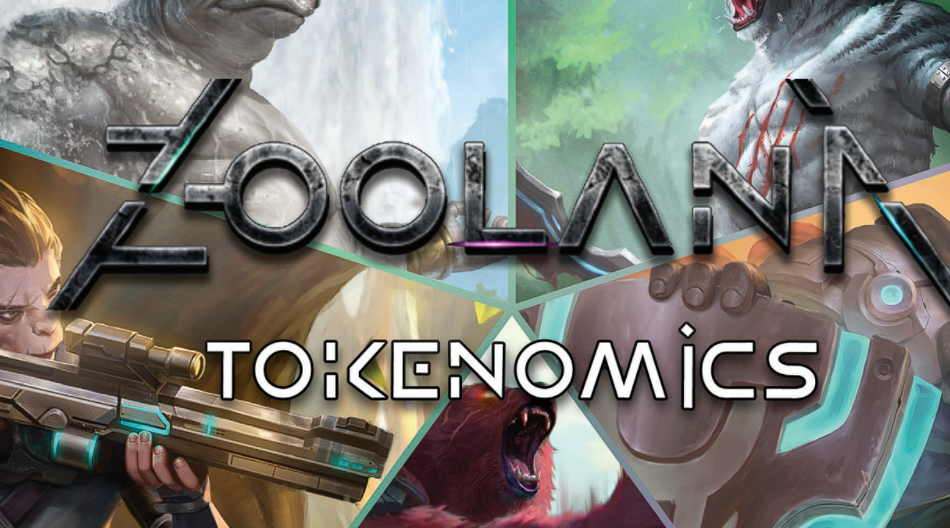 Zoolana recently announced more details about the tokenomics of the upcoming strategy game. SPL, the Zoolana token, will function both as a utility token and a reward token. Additionally, the team will airdrop 600 million tokens to Alpha Red NFT holders based on snapshots taken throughout the five-month timeframe.

Zoolana recently held its first asset sale, the Alpha Red NFT. Several notable perks come with buying (and holding) the first NFT series of the game, which we covered in our previous Zoolana post.

Now it’s time to add a new perk to the list: a massive token airdrop distributed among Alpha Red NFT holders. NFT holders will receive their share of 600,000,000 SLP. Distribution will be based on biweekly snapshots taken throughout the five-month period. The more snapshots you’re in, the more tokens you get. An NFT holder that’s in all 10 snapshots will receive 70,000 tokens.

How will the tokens be earned, used, and distributed? Let’s take a closer look at the rest of the announcement.

The Zoolana Token (SLP) is a Vital Game Asset

The SLP token forms the foundation for the game, acting as both the utility token and the reward token. Many projects have started splitting up those roles, but Zoolana chose to do everything with one token.

SLP will be earned from various in-game activities that are currently described as “qualifying game behavior/participation.” The purpose of the rewards system is to increase player retention and provide a clear play-to-earn mechanism.

It’s not all about earning, however. Players that are truly invested in the game won’t be able to earn SLP and send it all off to the nearest exchange. Instead, they’ll have to spend some of it carrying out several game actions, such as:

The team says that there will be additional ways to earn and spend SLP in upcoming announcements – this is not an exhaustive list.

What is the Total Supply and Token Distribution?

We can’t cover a tokenomics announcement without getting into the supply and distribution. Let’s take a look at some of the important numbers:

This data is pulled directly from the tokenomics announcement. You can view that same announcement to see more specifics about the specific uses under each category.

Zoolana is an NFT-based strategy game where players will build communities that battle each other for the limited resources of Zoolana. The game takes place on Earth in the year 2300 in the region called Zoolana. The Rocky Mountains surround Zoolana and isolate it from the chaos enveloping the rest of the world.

Wealthy citizens built Zoolana as the last refuge of “society” where they could live lavish lifestyles without worrying about the world collapsing. Zoolana tech quickly advanced in isolation. Zoolana scientists engineer Zanis, animals designed for Colleseum battle. Eventually, they made the creatures have human intelligence to make the fights even better.

It all backfired as the battle-hardened Zanis eventually rebelled and killed every last citizen of Zoolana. The newly freed Zanis split into three tribes and spread out throughout the valley. Peace lasted for 50 years, but dwindling resources have forced conflict on the tribes.

This is where the upcoming game takes place. Players will control Zanis, build communities, harvest resources, and battle each other for control over Zoolana. The project’s whitepaper provides additional details about the gameplay and what players can expect from upcoming developments. This project is quite new, but it’s definitely one to watch.