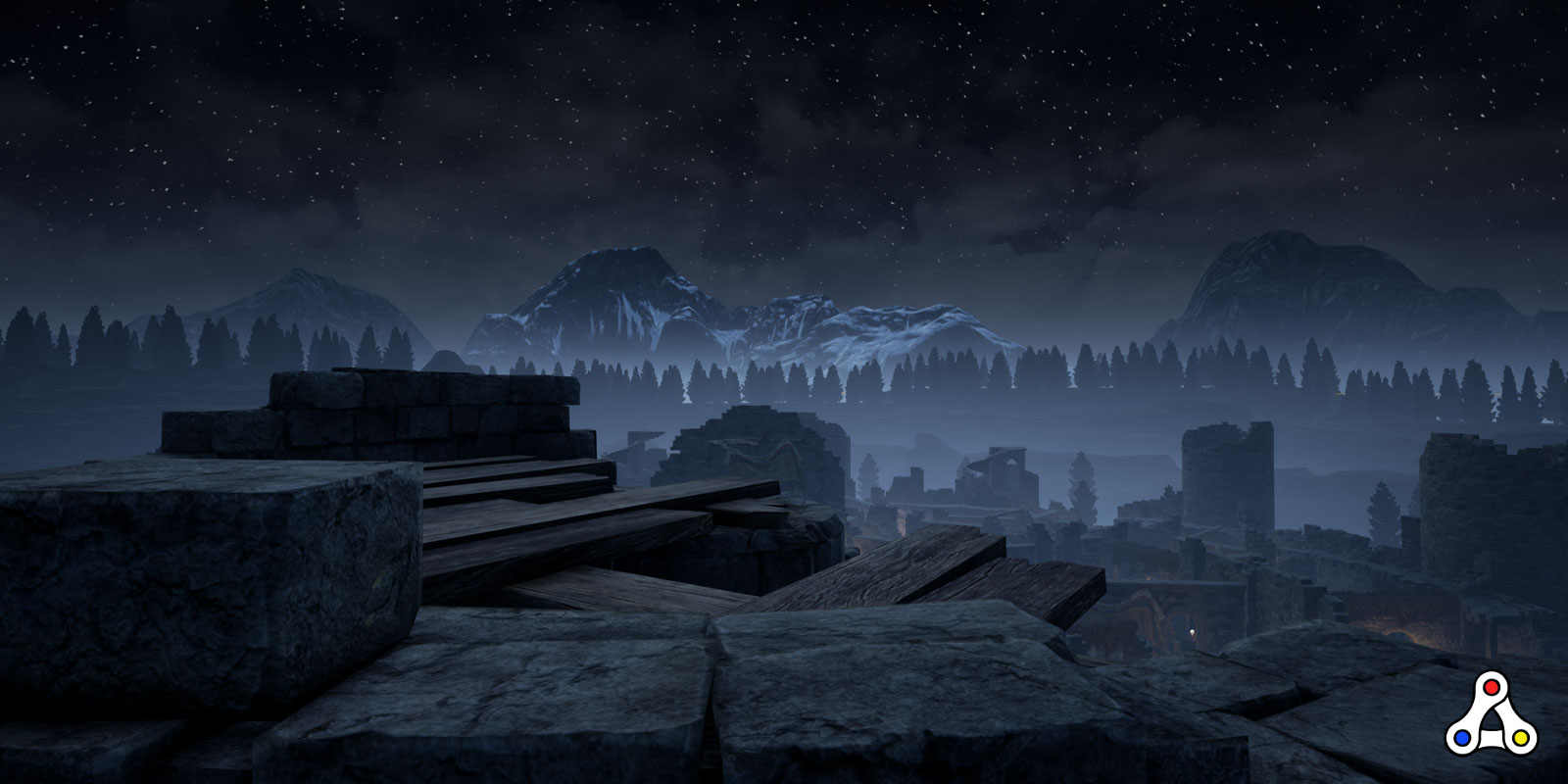 Being the first (and only) shooter game on the Wax blockchain, HodlGod owns a monopoly on their particular niche. But that hasn’t kept them from continuing to build on and improve their fantasy multiplayer battle royale. With any action arena game, map variety is an important consideration. HodlGod expands their map selection, adding two more: one a night map and the other day time.

Improvements to gameplay bring a slicker interface and faster paced action. Smoother animations and movement bring a more fluid and seamless feel to the action. Rebalanced damage to make sure no single playstyle dominates, the ability to run matches with as many as 30 players, and improvements to the game sounds and audio round out the major changes in this update.

But perhaps even more exciting than improved gameplay and new maps, the changes to the reward system allow for all HodlGod players to earn while playing! In addition to the NFT loot for winning and the VOID rewards for streaming, now anyone playing HodlGod earns credits just by participating in a match. Basic play rewards are distributed daily.

On top of that, expect to see bonuses soon for players who wear their game badges and special equipment. In another play to earn upgrade, any special NFTs that players find and hold during matches are now given out at the end of every match rather than at the end of the week.

And though no details were provided, Onessus teased us with the knowledge that a new Immortal Gear set will be soon available. All gear sets in HodlGod are for vanity purposes. They provide no in-game benefit or stat bonuses. HodlGod promises to always be about skill, not gear. However, with the upcoming reward bonuses for wearing special gear, you can now look badass and earn more at the same time!

Combining FPS with swordplay, archery, and magic, HodlGod brings the fantasy FPS genre to the WAX blockchain. Free to play, anyone can jump in and attempt to destroy all of their opponents before the walls close in. Utilizing melee attacks, exploding arrows, teleportation, and a number of other tricks, players fight for glory and loot on an ever shrinking battelfield.

Players can find a number of rewards during the game including Silver Keys, Gold Bars, Purple Coins, and Green Coins. Silver Keys provide entries into raffles. Gold Bars and Green Coins provide NFT badges, though picking up a Green Coin requires that the player have a Bounty Contract. Purple Coins provide 10K VOID tokens, but players can only pick these up if they already hold at least 10 million VOID. Finding these items is just the start, though. Only the last standing warrior may reap the full rewards from a match!

HodlGod offers regular rewards for streamers. Those who meet certain criteria receive weekly payouts in VOID. The game also provides a spectator mode for those who prefer to watch the carnage.

In related news, the team behind HodlGod recently announced Niftyville, an open world, play-to-earn MMO based on the real world that will be built on Ethereum. Read more about Niftyville and watch the trailer here at Play to Earn Online Magazine.