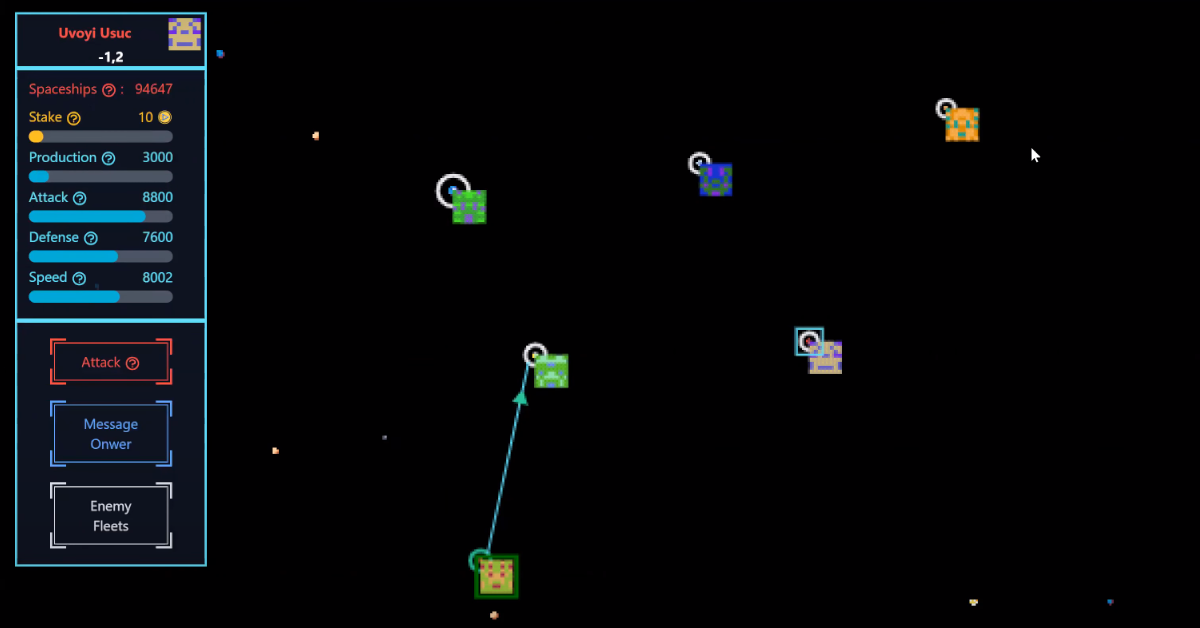 The space strategy game Conquest.eth has announced their second alpha for December 7th, giving players a chance to test the game and once again win some prizes. This second alpha of Conquest.eth will introduce new gameplay mechanics, will the team is open for sponsored planets where third-party projects can leave rewards.

For this second alpha test of Conquest.eth, the team has significantly improves the graphics and performance of the game. Conquest.eth will now use TheGraph nodes to tap into public information in a streamlined way, but they will share more details about this integration later. Players can now also form alliances, sending spaceships freely to each other, while players can hire an agent to control your fleet while you’re AFK.

Anybody will be able to join the alpha test of Conquest.eth. So mark December 7th in your calendar and join the conquest for space domination. There will be at least $2000 in prizes up for grabs.

What do you do in Conquest?

In Conquest.eth the universe is always expanding as more players join the game world. Players acquire planets, and need to do their best to acquire more of them. Not only do players need to create a war machine, diplomacy seems to be a valid option as well. Conquest uses a gigantic scale, which means that travelling can actually take days.

Conquest.eth is an on-chain game. On-chain games are persistent and can function without the need of servers of other centralized authorities. All the user needs is a graphical interface, while all the game rules are stored on the blockchain. As a result the rules are always provably fair. Players only need to download a game interface, or perhaps just go to a website to get started.